​Father Emilio Chavez - Pastor St Francis of Assisi. Father has been involved with Rachel's Vineyard since 2013.  He is the spiritual leader of both the English and the Spanish teams in Yuma.  He is originally from Tucson, AZ.  He studied at the University of St. Mary of Lake, Pontifical College Josephinum and the U of A.

Carmela  - Carmela has been part of Rachel's Vineyard since 2008 helping out in various Vineyard's throughout Arizona.  She brings high-energy, facilities and supports within the Vineyard.  She acts as an Outreach person at a pregnancy center.  Living in Northern Arizona, she supports the Yuma, Phoenix and Prescott teams.

Kristy -  Kristy is the President of the AMEN chapter in Yuma, AZ.  She is the bookkeeper for Rachel's Vineyard - Yuma and the fundraising guru.

Deacon Ernie - Deacon Ernie was ordained in 2012 and has been a part of Rachel's Vineyard since 2012.  He is eager to provide spiritual guidance during the retreat.  He is kind, patient and willing to do whatever needs to be done. He lives in Northern Arizona with his wife, Carmela, and supports the Vineyard in Yuma, Phoenix, and Prescott.

Deacon David - Deacon David was ordained in 2017 and has been involved with Rachel's Vineyard since 2017.  He provides spiritual support during the retreat.  He is a Deacon at Immaculate Conception in Yuma, AZ.
​ 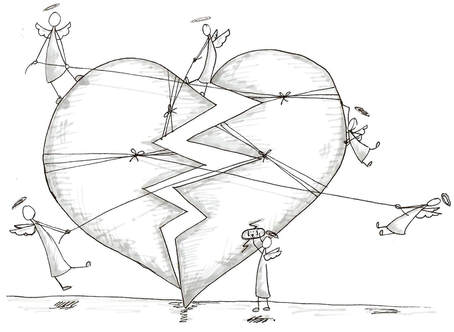